This is the third post in a three part series explaining my processes in creating my sketchbook for the Art House Co-Op, in Brooklyn, NY. (Sketchbook Project 2012)


Here is how I re-bound my sketchbook:

First, I started by punching hole in every leaf, and arranged the pages in four groups of four pages each, with a fifth group being made up of the single photograph. I arranged them, and cut the edges even, the corners rounded. 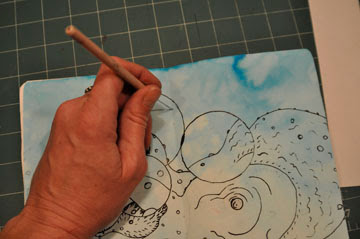 Due to the thickness of my five sections, I decided to make three holes in the cover, planning to use the outer two holes twice and the center one once. I did not want to make 5 separate holes, because I did not want the book to be too thick. 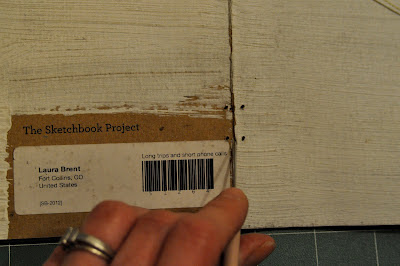 Before sewing, I waxed the binding thread by pulling it through a block of bees' wax. I left plenty of extra thread to tie my knots, and began at the front top outer hole, and wove back and forth through the punched holes in the section and the cover, then back up adding the second section. Once at the top again, I pulled everything tight and tied a knot to secure it. 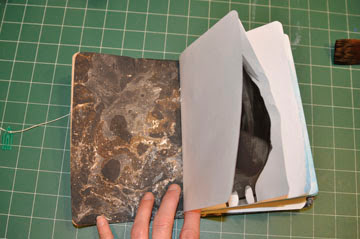 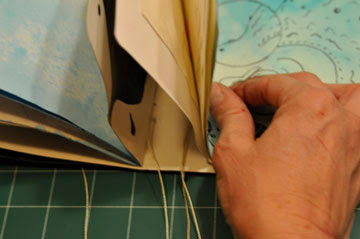 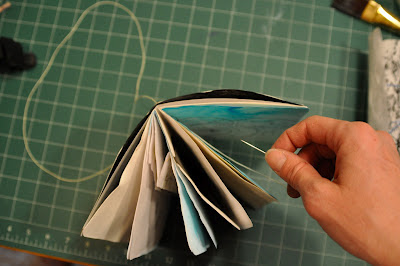 I continued on, adding the sections one by one, sewing up and down, in and out of my punched holes, until all were tightly in place. 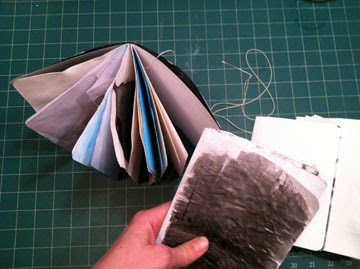 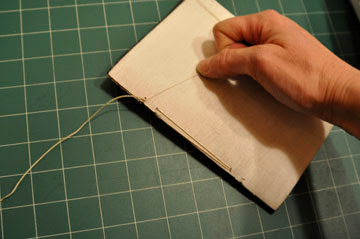 I finished by tying a a secure knot 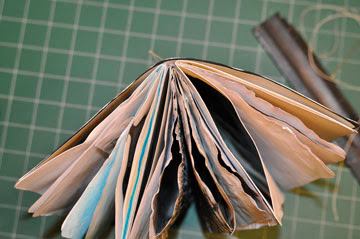 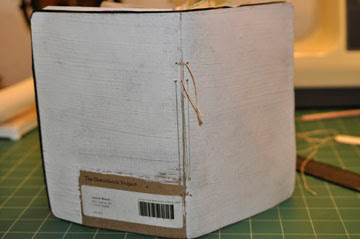 I added a strip of book binding tape to cover the outside threads, being sure to leave the bar code visible, and voila! It was finished.

Seeing it in its completed state was quite a rush of emotions. I was excited and proud at the results, happy even with the failures as it was a testament to the adventurous process I had undertaken. I hastily took some quick snaps of the project, just in case it was lost in the mail, and packed it up and shipped it off to the Art House Co-op. I plan to visit it sometime on the tour this year, or at its permanent home at the Brooklyn Art Library.
Posted by Valhall Arts at 12:34 PM 1 comment: