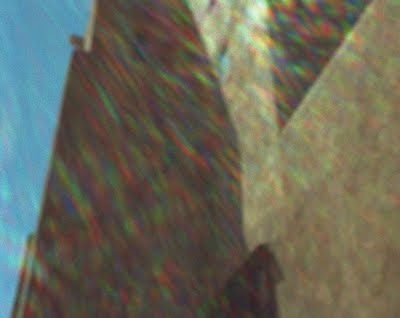 This image was created by Laura Brent, using color film and a pinhole in a body cap on a Nikon FE2. The imagery is evocative of Joseph Nicephore's (Niepce) 1826 "View from the Window at Le Gras", the first photograph ever made. It is held at the Harry Ransom Center at the University of Texas, in Austin.

In this day and age of digital cameras, and high-tech methods of gathering and printing photographs, Brent enjoys getting her fingers wet with the photons, experimenting with the pinhole medium. The image was captured in Santa Fe, NM, and the film was developed in Durango, CO at Pennington Photo, a camera store that has been in operation since 1906, and plans to close at the end of April. This work is in homage to the historic makers and methods, and a gesture that these vintage processes are still a valid art form.
Posted by Valhall Arts at 10:59 AM No comments:

Cathy Becker, one for eleven artists featured at Valhall Arts 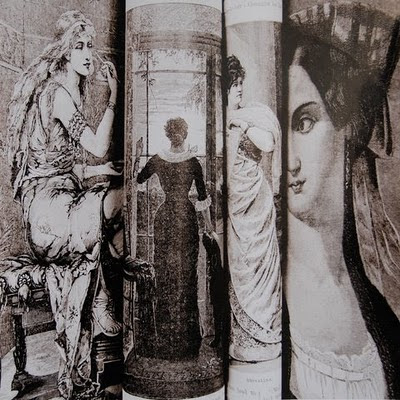 The 3rd Anniversary Retrospective features eleven artists that have been part of Valhall Arts over the years. The exhibit includes photography, painting and drawing, sculpture and a video installation. See an article in the GO magazine, published by the Loveland Reporter-Herald by clicking here.

Exhibition continues through May 6. Gallery hours by appointment.
Posted by Valhall Arts at 10:18 AM 1 comment: 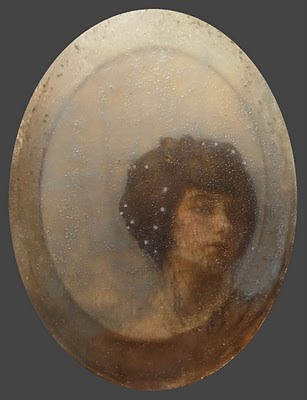 Please join us as we celebrate our 3rd anniversary with a showcase of 11 artsits featured at the gallery over the years. Several of the artists will be present, including Rae Stimson (image credit, Antinea), Jennie Kiessling, Andrew Michler and Laura Brent, so stop in a say 'hello'!

Valhall Arts is located right on Oak Street Plaza, in the historic Post Office building with the Fort Collins Museum of Art. The building will be jumping tonight, with new exhibits opening on all four levels. You can find us on the Plaza level along with Kumiko Mckee, Joan Mangle and the new FRCC/FCMOA Continuing Education Program.

Visit www.valhallarts.com for more information.
Posted by Valhall Arts at 1:06 PM No comments: